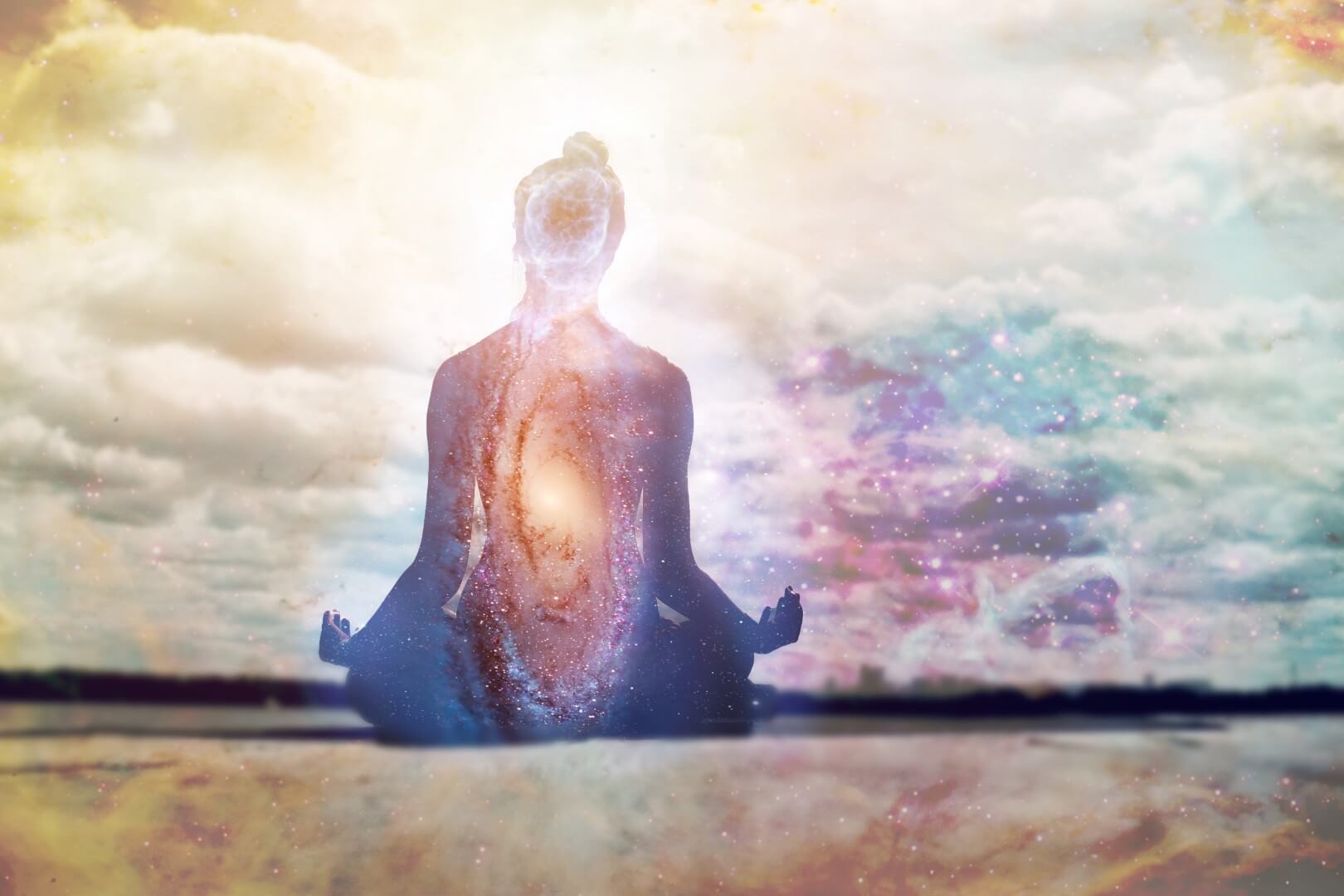 What Are We? Quantum Physics for Relationships

Do you ever watch a four-hour video on YouTube that changes your life? (Just me?) The video below features scientist Gregg Braden, and when my parenting certification course suggested I watch it, I was a little confused. Yet the way Gregg explains Quantum Physics principles in this video changed my world forever and prepared me for what I would later read and be inspired by in Dr. Laura Berman’s book, Quantum Love. Go ahead, watch it… I’ll wait! 🙂 Or you can read on to see a summary of the science part of this video…

Our World Is Made of Energy

Our world is made of magnetic and electrical energy or atoms. We’ve never found the smallest particle of an atom, no matter what scientists have done to them. The act of us searching will always create something for us to see according to scientist John Wheeler. It was once believed (and likely taught to you in school) that an atom consists of protons, neutrons, and electrons buzzing around a nucleus and the rest of the atom was empty space. However, that’s not true. The other 99.99999% of the atom is filled with energy.

“The misconception of an empty atom is taught by incorrect elementary-level science books and is based on the false picture of electrons as balls. In this view, the atom consists of electron balls whizzing around the atomic nucleus which is itself a ball. In this picture, the space between the electrons and the nucleus is therefore empty space. While this picture (the Bohr model) is simple to imagine, it was shown to be wrong almost a century ago. Electrons (as well as all particles) are partially particle-like and partially wave-like, depending on the situation. When bound in atoms in an undisturbed state, electrons act like waves. These waves are three-dimensional probability density waves that spread out to fill the entire atom. The electrons do not spread out uniformly, but rather follow specific distribution patterns called “orbitals”. The shape of the orbitals underpin all chemical reactions. As an example of some orbitals, the single-electron density distribution is shown on the right for hydrogen in the first few lowest states. The lighter points indicate regions where the electron has a higher density. Note that each image represents a single electron. The different light spots and bands in a single image are all part of a single electron’s wave state. Because bound electrons spread out into fuzzy density waves, there is no definite “edge” to an atom. The electron actually spreads out to fill all space, although far away from the atom it is thin enough to be negligible. Interestingly, electrons in the atom even spread out so as to overlap with the nucleus itself. This electron-nucleus overlap makes possible the effect of electron capture, where a proton in the nucleus can react with an electron and turn into a neutron. If atoms were mostly empty space, we could remove this space and shrink atoms. In reality, atoms do not contain any empty space. Rather, they are filled completely with spread-out electrons, making the shrinking of atoms impossible.” – Dr. Christopher S. Baird

Why is it important to our marriages and relationships to understand the nature of our world? Our heart produces the strongest electrical and magnetic field (100x stronger electrical field and 5000x stronger magnetic field than the brain) in our body. Our feelings create waves that change our bodies and our world. Our beliefs create and change these electrical and magnetic waves. Beliefs change matter. Our beliefs create our relationships.

Our Reality Is Created By Energy

Quantum possibilities exist as waves of energy. They’re contracting and expanding – coming and going and always in motion. Standing waves pulse, they’re not coming or going, that is reality. Atoms are waves that are stationary. Our beliefs in our heart produce the standing wave, what locks the quantum possibility into the reality of this moment. 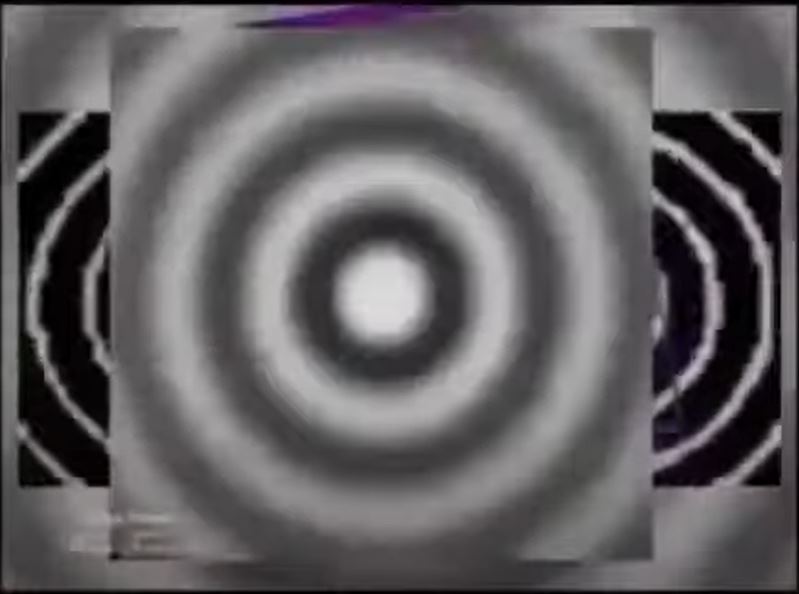 What a standing wave looks like (center). Gregg Braden

Our Observations Change the Behavior of Particles of Our World 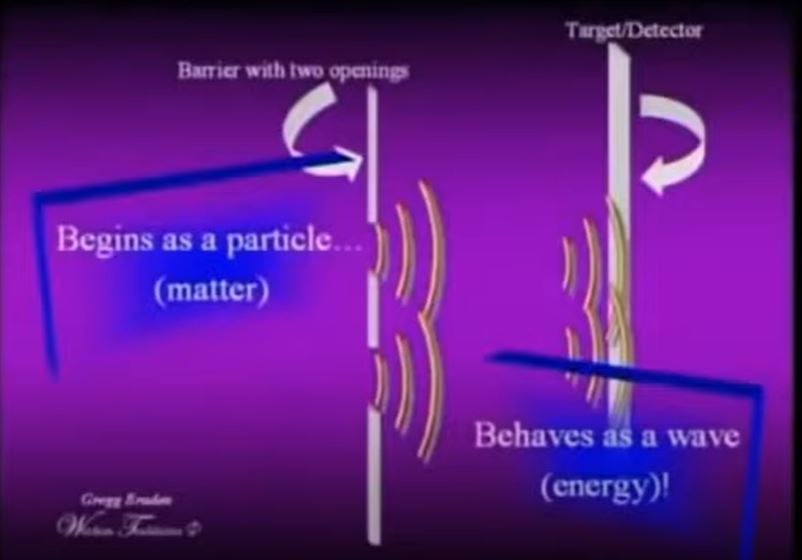 “We had this old idea, that there was a universe out there, and here is man, the observer, safely protected from the universe by a six-inch slab of plate glass. Now we learn from the quantum world that even to observe so miniscule an object as an electron we have to shatter that plate glass; we have to reach in there … So the old word observer simply has to be crossed off the books, and we must put in the new word participator. In this way we’ve come to realize that the universe is a participatory universe.” – John Wheeler, Physicist

In another experiment, they took a photon and split it into two. Then, they separated the two photons by 14 miles through cables in opposite directions at the same time. Whatever they did to one particle, the other one acted like it was still connected even though it was 14 miles apart. This phenomenon is called entanglement. Even when particles are separated, the energy is still connected. If we went back in time to the beginning of our universe, everything was connected. At the time of the big bang, we can see through the Hubble Telescope just a little ball. Everything was one. 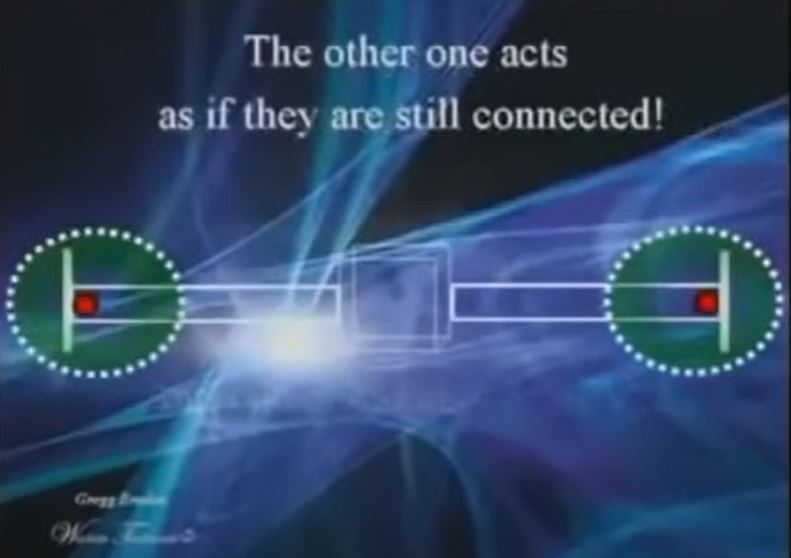 The universe was once physically connected but is now separated. We are still connected. What happens to one of us, happens to all of us.

Our DNA Changes Our World

In 1992, Dr. Vladimir Poponin (a quantum biologist) removed all of the air from a glass tube to create a vacuum. However, the tube wasn’t empty. The tube was still full of photons (particles of light). They measured them and they were completely random. Then they took human DNA and put it into the photons to see what effect it would have on the photons. What effect does the stuff our body is made of have on the stuff this world is made of?  The result? The photons aligned themselves with the DNA. Our body is changing our world. Then they took the DNA out and the photons acted like the DNA was still there, as if they were still connected. This is called the DNA Phantom Effect. 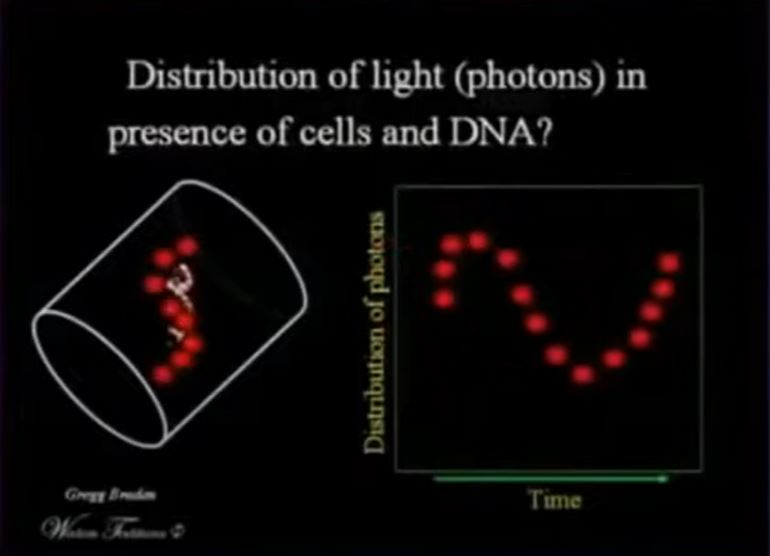 Our Emotions Affect Our Health

In 1993, the Institute of Heart Math released a paper (“Local and Non-Local Effects of Coherent Heart Frequencies On Conformational Changes of DNA“) that showed around every human heart there is a 5-8ft diameter (limited by our testing capabilities) field of energy. We can measure it and we can change it by how we feel in our heart. And through that energy, we can influence the energy of others.

What scientists found was that emotions can relax or tighten the helix of our DNA. When it’s relaxed we’re healthy, and when it contracts our immune system is weak. Positive or energizing emotions relax our DNA strands. In the presence of anger, frustration, jealousy, or other depleting emotions, the DNA is tight. You can intentionally change the shape of your DNA. It’s vital to learn from the wisdom of your depleting emotions so you can allow them to flow freely and leave your body, rather than staying stuck in this state. More on that in other articles such as this one, How the Body Stores Emotions. 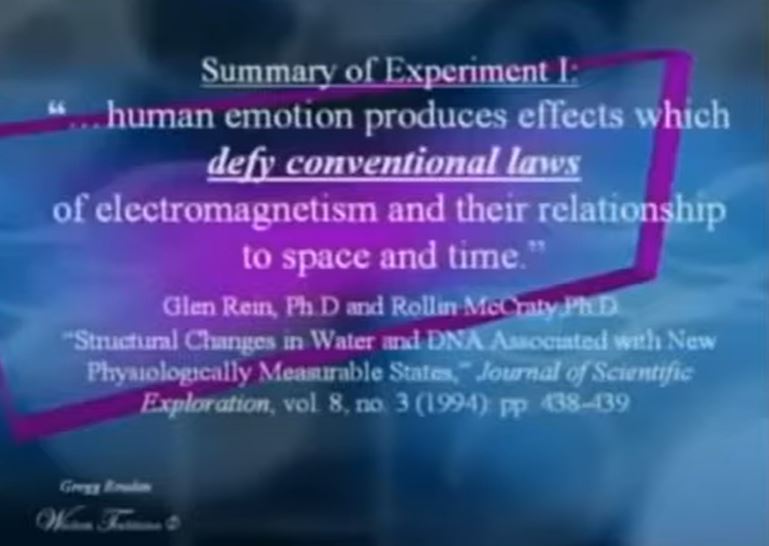 Quantum Physics Principle #1: Everything is energy

Quantum Physics Principle #2: We are all connected

“It followed from the special theory of relativity that mass and energy are both but different manifestations of the same thing — a somewhat unfamiliar conception for the average mind.” -Albert Einstein

It’s been said that “Everything is energy and that’s all there is to it.  Match the frequency of the reality you want and you cannot help but get that reality.  It can be no other way.  This is not philosophy.  This is physics.”

I hope that you are as floored by this information as I was and that you will realize how you truly do have the power to create the relationship YOU want without leaving the one you’re in.

Click here to read more about having a Conscious Marriage. 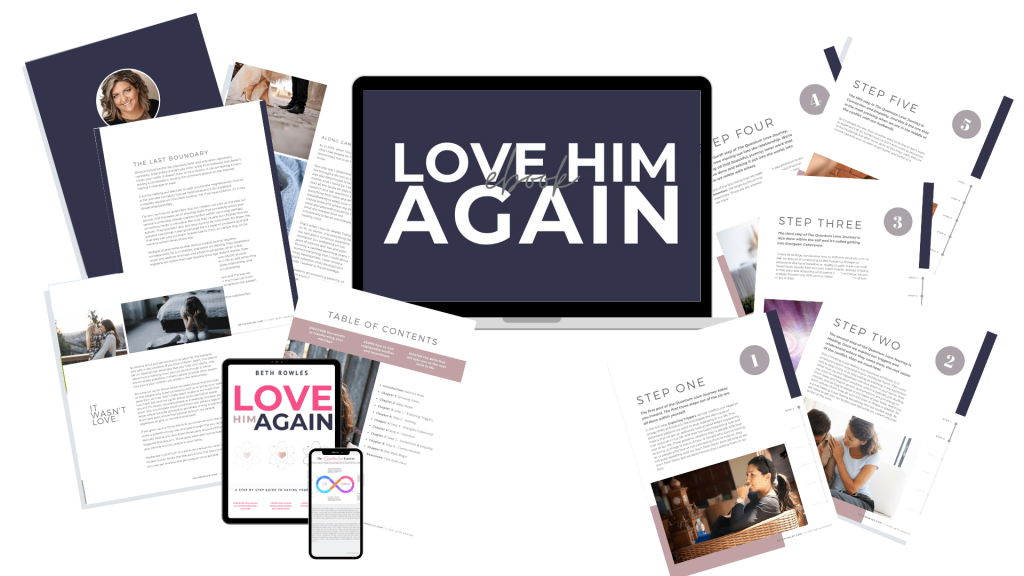 ON SALE NOW: My New eBook on How to Love Him Again Using The Quantum Love Journey

Conscious Relationships When He’s Not Conscious 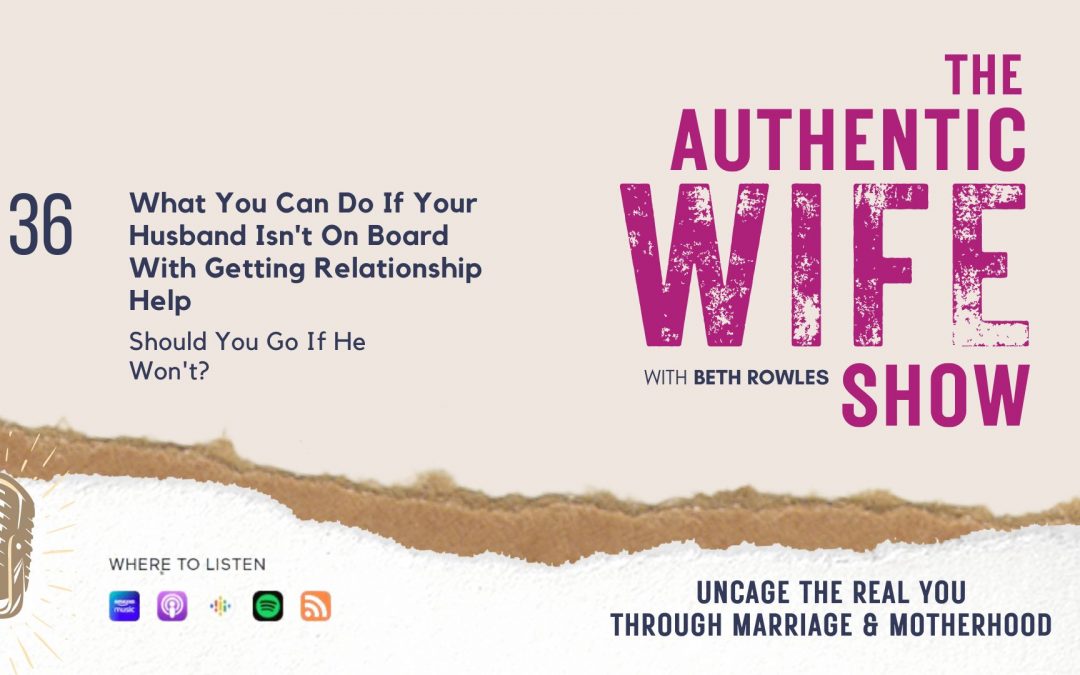 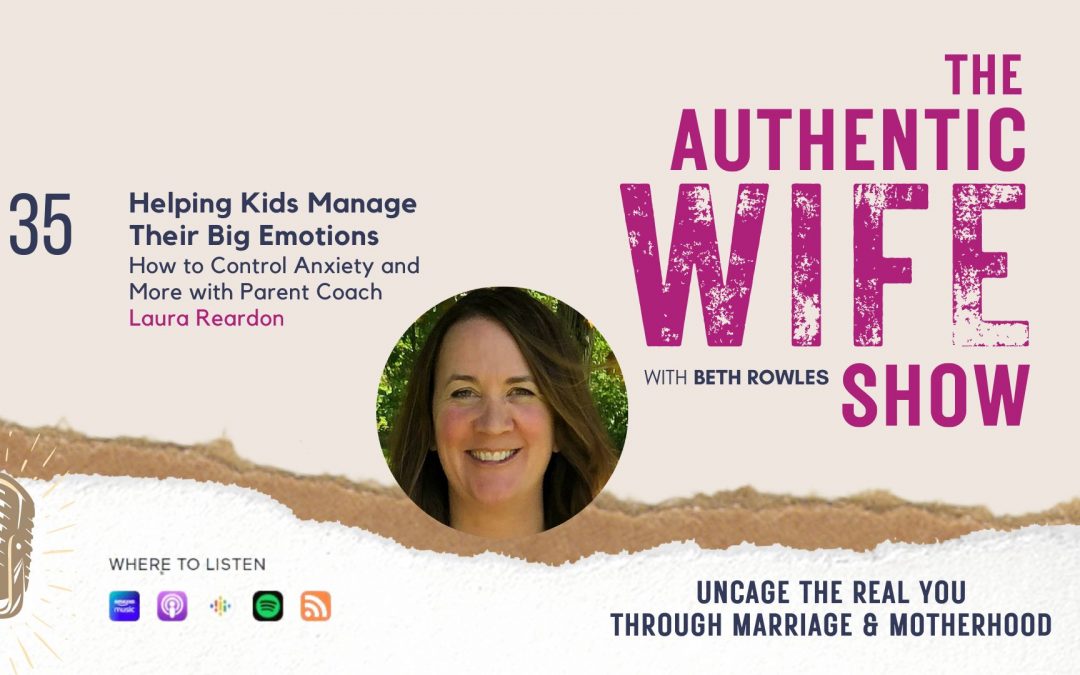 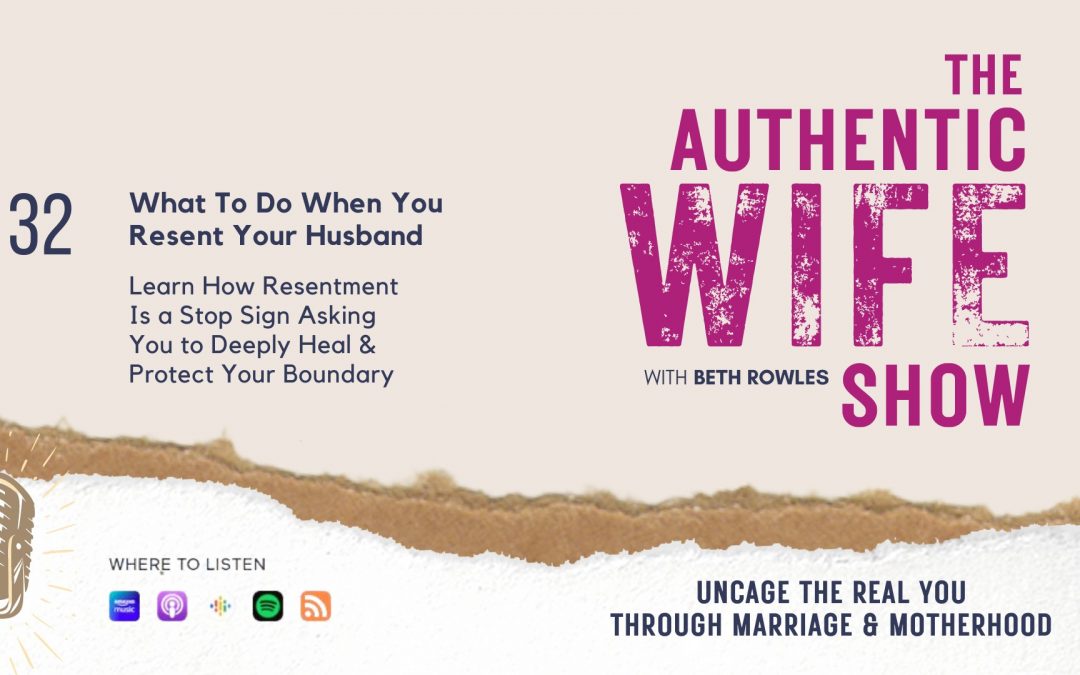