Lessons on Trust From the Larry Nassar Case 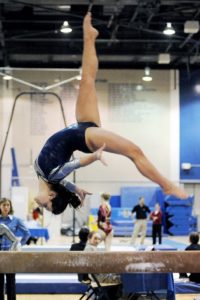 I read a piece Glamour did, compiling parts of all of the victims’ testimonies in the Larry Nassar case.  It was heartbreaking.  What struck me over and over was that of what I read, with the exception of one girl that screamed as loud as she could, the victims were silent.  In some cases, the mom was even in the room while this abuse happened.

I had such a strong reaction to this, not out of judgement for the parents at all, but as a conscious parent coach and child advocate.  My peers and I are trying hard to shift the parenting paradigm from one of power over to empowerment for just this reason.

In the traditional, power over parenting paradigm (also called authoritarian), we actually teach our children to trust people that hurt us.

I remember when I was very young and my father was about to spank me, and he said something like, “This is going to hurt me more than it hurts you but it’s for your own good.”  I remember thinking, how awful of me, now I’m hurting my father.  I remember internalizing the abuse* as my fault.

After he did it, I remember laughing with my brother about it.  We had both been spanked, for what I don’t know.  We were laughing because it was pointless.  It was meaningless to us.  It showed us dad had a tantrum and hit us and I remember feeling like go ahead, you could hit me as hard as you want to and it won’t break me, and by the way you’re mistaken because I’m still going to do whatever I did in the first place, but I’ll just make sure you don’t find out.

But at a subconscious level, because I was under seven, it did change me.  It set up the neural connections that someone you love and trust will hurt you if it makes them feel better and it’s YOUR FAULT that it’s happening and you’ve made them do it.  That it’s for your own good.

It changed my brother, because he was taught that if you’re upset you can hit the person that made you feel that way, that this was a viable option to resolve any conflict.  He took that lesson and ran with it, and violent outbursts against me became his norm.

We know that yelling at our children, punishing them, treating them as less than, teaching them to be nice and polite leads to the atrocious number of victims of Larry Nassar.  These were girls and adults that were SO conditioned to be nice, to be good, to respect authority, to think that people you trust will hurt you, that they didn’t trust themselves enough to say what the fuck are you doing?! and walk out.

These are coaches and administration that took his word as a “doctor” that he was just treating them.  Parents that took his word!!  Let that sink in for a minute.  How does a society decide that ONE label means you should have blind trust?  When their parents taught them to. “Because I said so.”  “Do as you’re told.”  “What did you just say to me?”  “How dare you talk to me that way!”  “Talk to me like that again and you’re grounded!”  “Listen to me right now!”  “What do you say?”  “Say thank you!”  “Give him a hug!”  “You may not leave to use the bathroom until I say so!”  “Finish your dinner!” “Try one bite!”  “Sit there until I tell you you can move!”

I’m sure when you think back, you hear phrases just like that reverberating in your head.  You may have already used them with your children.  We all do – it’s a default.  It’s subconscious programming because it happened to us during our critical 0-6 years.

We blindly follow because we were told there’s no way we know what we’re doing.

I remember 16 years ago when I went to a hotel for some work training, and this old man approached us, then actually called our room and stated he was a modeling agent and wanted to speak to my roommate (it turns out that he’d followed her there but we didn’t know this until much later).  I ended up going out in the hall to talk to him.  Immediately I knew he was nuts – I knew!  There was a dildo in his pants, he handed me a binder with printed pictures of women, then he started talking about how I would need bigger breasts and he could give me a treatment in his room to make them grow.  I knew he was nuts, but I sat there and listened until I found enough courage to politely leave.

Why didn’t I run away?  Because it had been ingrained in me to BE NICE.  BE POLITE.  Listen to your elders.  Don’t hurt people’s feelings.  Don’t be rude.  He even approached me the next day and started ranting about how I should be nicer and it took the roommate pulling me away – I just stood there and listened! 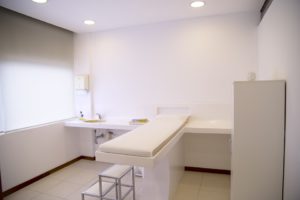 Years later, we found out that he had done this all over the country (though, ironically, he lived in Lansing), approaching girls and touching at least one.  Someone finally spoke up.  I regret that it didn’t even cross my mind to also report his behavior.  I barely knew what had just happened to me, what I had avoided, and before I knew it, I was engrossed in my work training and mentally moved on.

That is what they need to be successful adults.  Their own wisdom.  Let’s stop interfering, heal our own wounds, and trust ourselves, so something like this could never happen ever again.

*I consider any violence against a child, any behavior that intentionally causes pain or suffering, abuse.

How do I stop my older child from pushing my toddler?

Judge a child by its mother 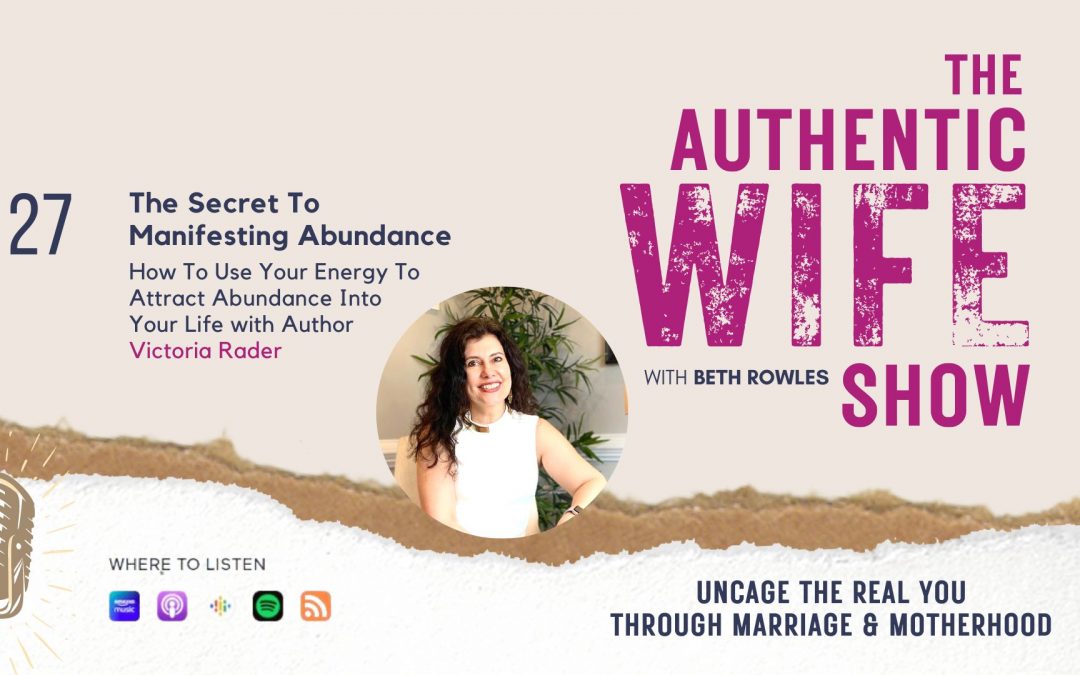 27: The Secret To Manifesting Abundance with Victoria Rader

If you've been trying to attract and manifest abundance in your life, this show is for you! In episode 27 of The Authentic Wife Show, you'll learn... 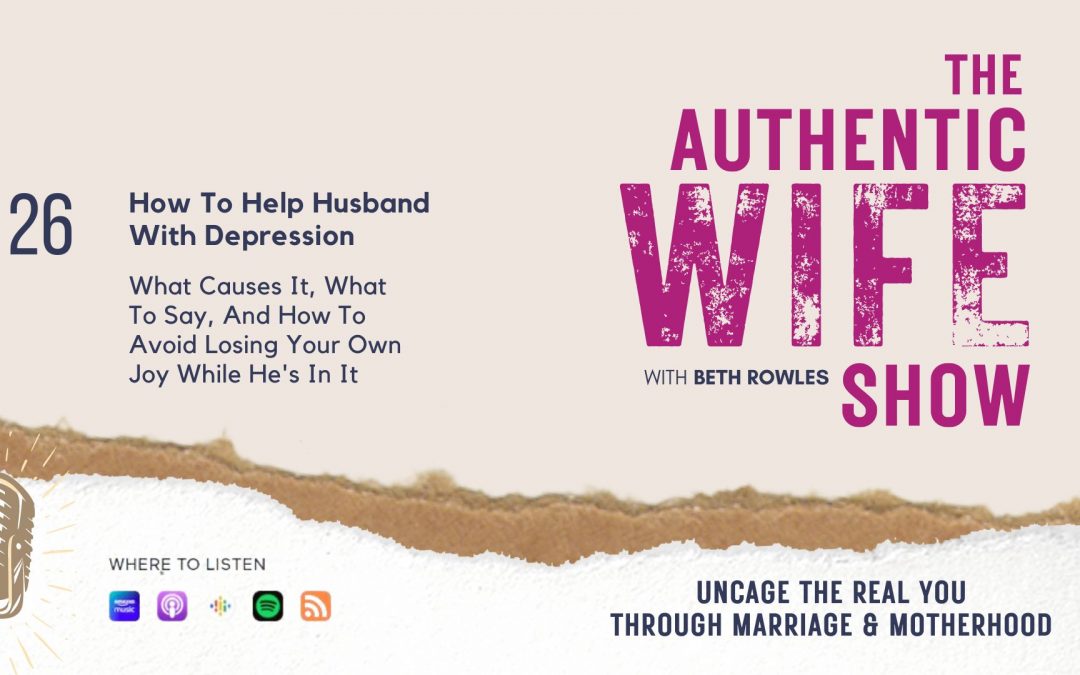 26: How To Help Husband With Depression

Is Your Husband Depressed? Signs can be sleeping a lot, a constant negative attitude, or a lack of interest in things he's normally interested in.... 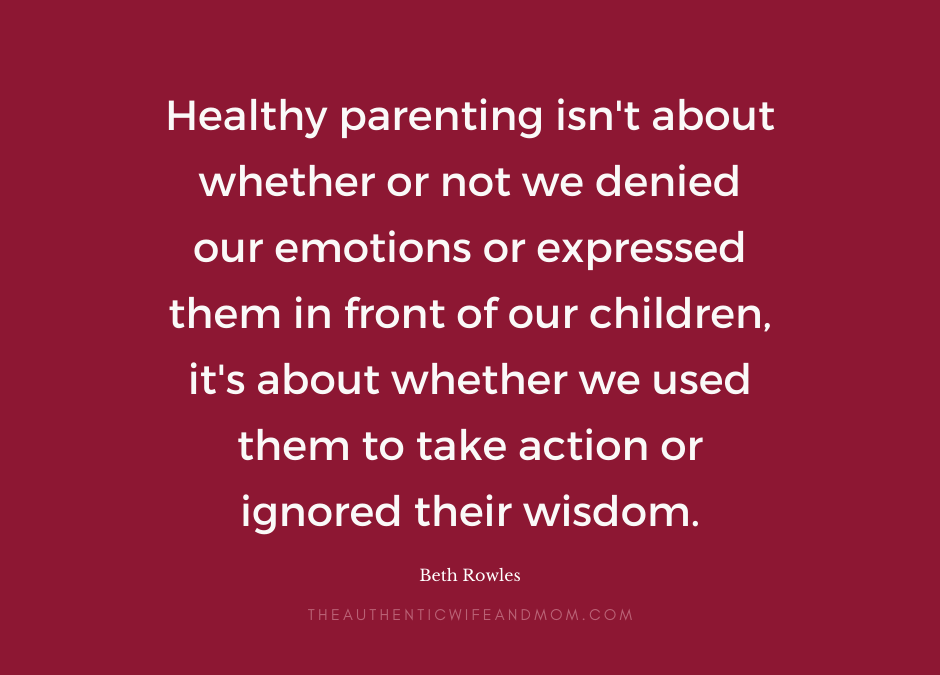 What Our Emotions Mean

Each of us has been born with a gift. We have an Energetic Guidance System (EGS) that can help us make authentic choices. It's like a tap on our...

What do you look for? #marriagecoach #marriage #m

One secret to manifesting abundance. Listen to mor

Thank you for supporting me this year as I launche